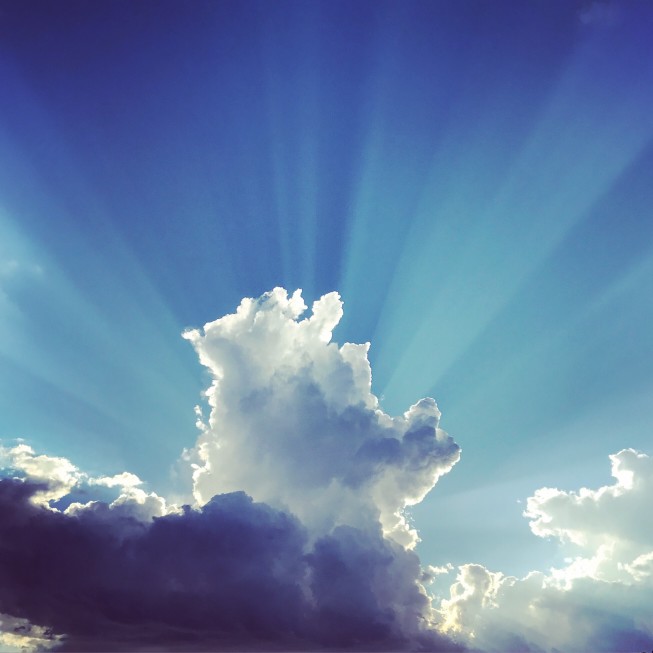 When dating, I used to get so mad because I suspected that some men were serial womanisers (for want of a better word), and I’d been strung along like many others before me. And you kick yourself for not realising earlier. You feel misled, but they also make you feel like it’s all in your head and you are lame for ever having had any serious hope or expectation.

It’s times like this that you ask yourself, how can life be so unfair? Surely there should be some comeuppance when someone behaves like this?

Karma seems to me a pretty human-centric theory of the world, like ‘heaven’ – difficult to imagine in practice, and probably just a way to make ourselves feel better when things are crappy.

My understanding of karma is that if you do something wrong, you create this fundamental imbalance in the universe; you have benefitted from doing harm to others and now have a debt to pay. You owe the universe, man. As a consequence, some greater worldly force hunts you down (a bit like the grim reaper) and afflicts you with misfortune in order to reinstate natural equilibrium. Presumably this process is very sophisticated in order to keep an eye on us all and tally up and deliver all due hardship.

Despite my cynicism, I actually think they’re onto something. I think there exists a sort of karma. But the process isn’t delayed, it is immediate and intrinsic. It is inherent karma and it is far more comforting than bitterly hoping something nasty will happen to someone one day, some day, in the distant future.

The basic concept here is that it feels better to be a nice person than to be a mean one. A mean person may tell you otherwise but we all know what it feels like to be bad; what it feels like to serve yourself and dominate others. It is highly-strung and adrenalin-fuelled, rather than calm and tranquil. It is the nurture and protection of ego, rather than the selflessness of caring for others. It is a clouded mind, without self-awareness and self-control.

If you are a nice person and you treat people pretty well, you are always the winner. That might sound like poor consolation but you just haven’t spotted the signs of your victory. Take the dating example: If someone dumps you and suddenly never contacts you again, they know exactly what they did. It weighs on their conscience. But they have to try to hide it deep within themselves to avoid confronting it. At times of loneliness they are not afforded the comfort of knowing that they are, ultimately, a good person. Remembering who they are and the things they have done only brings them more misery. At times of weakness, they may even come (crawling) back; there will be some signal or gesture. Perhaps a ‘like’ on Instagram; a ‘How are you?’ out the blue.

Why would anyone ever choose such an existence? After disappointment or rejection, you might be hurting, but you are the one with the hope. You are the one with something to offer. A bad person is more likely to end up alone or in an unsatisfactory relationship. It’s like the school bully – by the time you’re 25 they always seem a bit pathetic and you wish you’d only known it before.

Conversely, if a good person faces misfortune, they probably have better inner resources to deal with it than someone who is ‘bad’. They are more likely to be able to establish the things that really matter in life and begin to cope.

So next time someone wrongs you, remember that meanness takes root in a dark place. Remind yourself that you would never want to be that person, instead of you. Remind yourself how rewarding kindness is and how it nourishes the soul. Unless they manage to eventually see the error of their ways, a bad person is always burdened by their wrongdoings. They have to live with themselves every waking hour of every day.