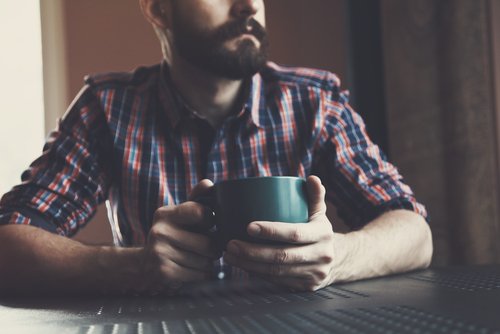 Your place of birth can grow up with you, can change its face as you age. I grew up in Birmingham, and for a while it carried baggage for me from my own growing-up-is-hard story. Over here is where I felt lonely and excluded from the gangs of my peers hanging out on Cathedral Square. Over here is where I suffered some sort of sweaty, agoraphobic anxiety while going to buy CDs in Virgin Music, buying the wrong one in my hazy state and going home on the 50 bus, feeling ashamed. Down there is where I wasn’t let in to a nightclub without ID, and no one I was with stayed outside with me. I sat about feeling sad, watched a rat potter about unhurried in a car park then went home on the 50 bus, feeling ashamed.

Out of Birmingham is where I found myself. In London, I settled into adult life, absorbing independence and embracing responsibility, becoming strong in the process. I even wrote an epic poem about it, just to make myself feel good (true story). Eventually, I was so strong that childhood issues started to fade.

My then brother-in-law told me about 6/8 Kafé. I think it was he who explained what ‘third wave’ coffee was to me as well, come to think about it. He deserves a lot of credit in my development from Ribena-drinking philistine to fully-fledged coffee snob. I guess 6/8 is the number of the building on Temple Row, slightly off the beaten track in Birmingham city centre, where a cheery man sits every day, playing a Kora and singing improvised ‘songs’ about passersby. But nonetheless right in the heart of all that went before.

6/8 was a nippy, zippy little place, brightly, whitely decorated, most of the seating on a sort of extended window seat around the edge of the room, with tables facing it. Apparently there was art on the wall by Barry Bulsara, but – though it might have been a good unique selling point – not that Barry Bulsara.

For me it was the first good coffee shop I knew in Birmingham, since I’d been in London and calibrated my good coffee shop-ometer. I began to plan time for it in my trips up. It was handily near Snow Hill station from where I would usually depart, and not that far from New Street station either. 6/8 was part of my rediscovery of Birmingham as a place I quite like (see also: Birmingham half marathon, the canalside area including the new Everyman cinema, and a good, healthy bit of adult perspective). The echoes of the past are now almost inaudible. The kids on cathedral square are just kids, and I can glance knowingly at their naivety. I no longer suffer from, or feel ashamed of, anxiety out and about. I don’t even want to go in a nightclub. And the honesty in all of that feels nice.

6/8 was hipsterism in the provinces. It was cool, but in a gentler way than London. Its existence, like that of nice coffee places I can also think of in Liverpool, Manchester, Sheffield, Leeds, Glasgow, Edinburgh and Belfast, was probably an important waymarker on the path I’ve taken, eventually abandoning London to the clammy, instagramming paws of the next generation and departing for the Cool North. I enjoyed 6/8, and will continue to remember it fondly.

And then one day I got there and it was permanently closed to make way for biking office workers. The Birmingham Mail has exercised itself into a tizz about this as if there is no overlap between posh coffee drinkers and cycle enthusiasts. They are clearly the same people. That is one overlapping Venn. So I can let this one go. They paved paradise, but put up a cycle hub…